When I first got Parkinson’s I thought, "This is nobody's business, nobody needs to know." Some family knew, some didn't but the only person I was fooling was myself. There was nobody who saw me and didn’t know something was going on. They just didn't know what.

I got to the point at work where somebody said to me, "Have you been drinking?" They saw me shaking. I said, "No, it's Parkinson's." They were embarrassed for asking, but by telling people it gave me freedom. I was no longer a slave to keeping a secret.

Here's a funny story. My cat peed on my jacket. I didn't smell it because loss of sense of smell is one of the big, common symptoms of Parkinson's. The people in my office are like gagging, and saying, "Somebody's got to tell him." Finally, somebody told me. I said, "Look, it's Parkinson's. I didn't smell it. I wouldn't come in here smelling of cat piss on purpose." Threw the jacket out.

You've got to live and not be embarrassed by stuff you can't do anything about.

Now I've become an advocate and an educator. I run the local support group, Young Onset of Westchester and the Bronx. We meet once a month at Burke Rehabilitation Center in White Plains. It's a group that's grown wings and legs, because every month we attract new members and we fill a need to communicate with people who need answers. It's different than going on the net and talking to people all over the world. To sit down in a room with people and say, "This is what's going on in my life, these are the symptoms I've got, these are the symptoms my husband or partner has, this is what I need help with," and have somebody be able to give you personal experience.

I'm 56 now; I was 44 when I was first diagnosed. I think in 5 years I will be right where I am now, working and living and boating and fishing and doing my thing. 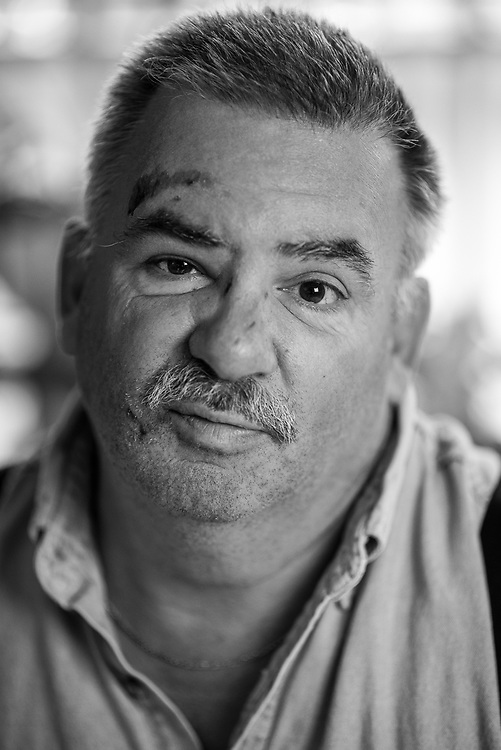